We arrived in Dehli and managed to get through the airport after about 2 hours. Dehli was…interesting. I’m in 2 minds; on the one hand, it was cleaner, less busy, less begging and more greenery than we anticipated. On the other hand, it was full of seedy men and that part made it near unbearable for me. Everyone warns you about the poverty, the mistreatment of animals, the beggars etc..but no one warned me about the sexual harassment. For every step I took in Dehli, all the men in the vicinity stared at me. Men would make kissing sounds, someone even grabbed my arse as we walked through old Dehli. There was another more vulgar experience on the metro too. So all of that made it really difficult for me as I don’t have the language to argue back. You may also be wondering where Dave was in all of this; right next to me. It was honestly everywhere we turned so neither of us could keep up with it. Dehli is also so densely populated that by the time you turn around, the person who grabbed you is 20 people further back laughing. Also, not that it should matter, but let me paint you a picture of what I looked like; baggy trousers, high neck t-shirt, glasses, hair in a knot, no make up, quite spotty.

Right, dodgy part over, let’s move on to more positive things. In Dehli, we visited the Lotus temple, really modern architecture with beautiful surrounding greenery (we’d know because we got lost trying to find the entrance and walked round the park for an hour).

One evening we went to the Red Fort for their sound and light show,  it was…weird. It was also only 72p each and at least we got to actually go in the fort. The story was about Mughal history and part of the English colonisation.

We did a walking tour with our hostel of Old Dehli where we went through all the spice, clothes, silver, flower and shoe markets. We would have been totally lost without the guide and he knew good little passage ways to sneak up tall buildings and look over old Dehli and the oldest Mosque in India; Fatehpuri Masjid.

On our last day in Dehli, we went to the largest Mosque in India; Jama Masjid. Like the fort, it’s built with red sandstone, a signature of Shah Jahan (who also built the Taj Mahal – not red…). We then got the train 6 hours to Jaipur. Getting a train ticket from Dehli station was an absolute shambles. If it wasn’t for our hostel being absolutely clear about where to go and sticking to our guns, we would have been mugged off completely. Even security guards were corrupt and trying to send you to a different ticket office rather than the Tourist bureau where they have special train quotas but at the same cost as locals. The train was okay once we actually got on, we were in economy because there was no first class left. It was a bit of a squeeze and not particularly comfortable but hey, it was only £5 each.

We much prefer the pink city, Jaipur. We went to the City Palace and we had a great guide who showed us around. Though you couldn’t take pictures, the 17th century clothes from Sawai Madho Singh were MASSIVE, he was meant to be 250kg, and 6’7″ft tall and 3’11” ft wide. Our favourite part was undoubtedly the 4 gates inside the courtyard; Pitam Niwas Chowk. Each gate represents one of the four seasons (see some snaps below).

We’ve also been to the giant observatory; Jantar Mantar. Though we didn’t get a guide, the structures were insane and it had some of the biggest sun dials in the world. We then went to the Hawa Mahal (the Palace of Wind). It’s an incredible building with a honeycomb structure and it’s full of tiny windows. Our favourite of the 5 storeys was the one with colourful stained glass windows where multicoloured light dances across the floor.

All of those places, we walked to. The streets are full of random cows, pigs, dogs and even camels; you’ve also got a million tuk-tuks. We did get a tuk-tuk to the Amber Fort and back. The fort is huge and surprisingly had a beautiful temple within. I sort of expected to walk around seeing just battlements and staggered walls but there was so much more. The best bit was the Sheesh Mahal, or the Mirror Palace; archways covered in silver and mirrors.

Anyway, we have just arrived in Udaipur! We’ll be here for a few days, then another train to Agra. Then more trains, but we’ll tell you that later.

Thanks for reading!
Sophie & Dave

PS – vital information, neither of us have had dodgy tummies yet! woo! 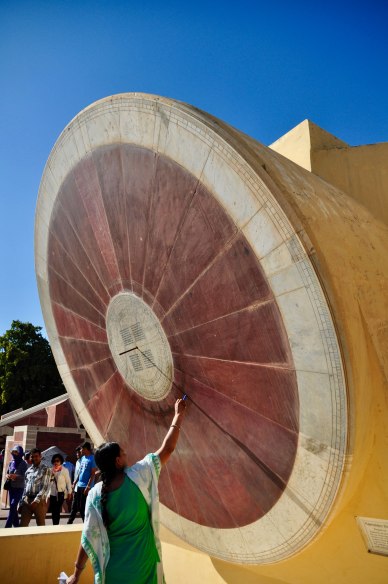 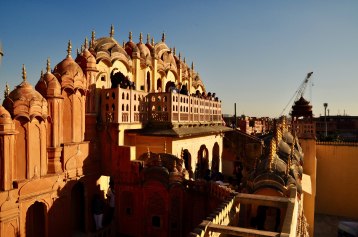 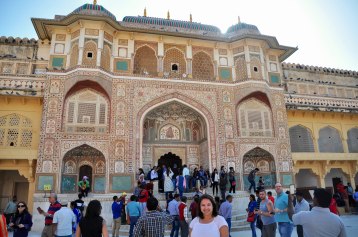 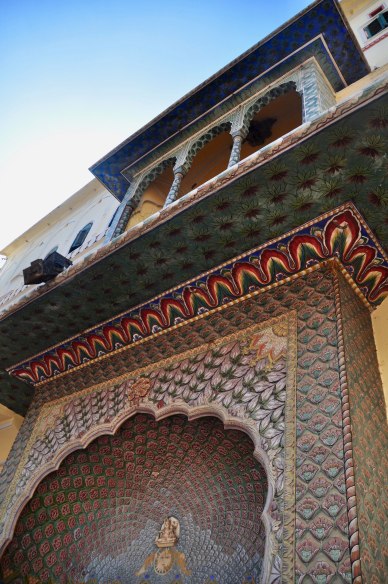 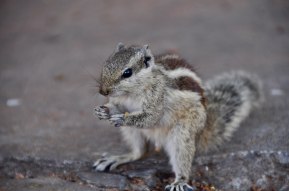 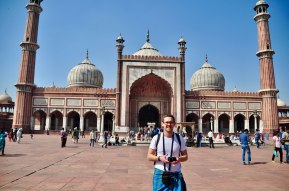 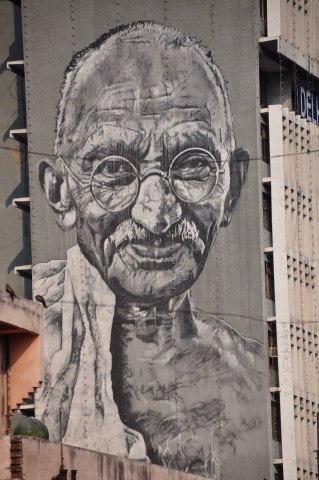 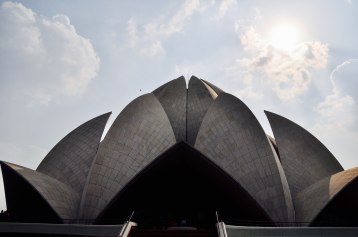 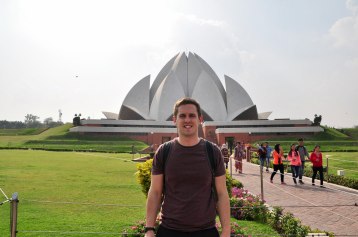 One thought on “Dehli & Jaipur – India”